Think for a minute about what you do for a living. Does it currently satisfy you? Are you good at it? When you experience a bad day at work, who do you talk to about it and what kind of support do you get?

Imagine your current situation as it is now and think about what it would be like if your friends and family disapproved of how you make your living, judged you for it, even pathologized you for it. Imagine how it would feel to have people try to rescue you from your job, save you from its perils and yourself because they knew that you were a paralyzed victim who couldn’t help themselves, who had probably been abused so, of course, it makes perfect sense that this is what your job is… Think about what it might feel like to have a bad day at your job and talk to someone about it only to hear, “Well, of course you had a bad day. Look what you do for a living. What did you expect?”

What if you couldn’t tell anyone about your bad (or good) days at work because your support network had made it clear that they didn’t want to hear about it? With whom would you share your experience and what would it feel like to experience such a lack of support?

One way to find out what this might be like is to listen to the stories of many sex workers. They’ll be able to give you insight into what it’s like to experience the shaming, stigma, blaming, isolation, and ultimate devaluing that comes with their jobs.

Almost immediately, when people hear the words “sex work” or “sex worker” they often imagine a woman or girl who is being forcibly managed and mistreated by a man or a group of people, abused and victimized. Sometimes they imagine that this girl has probably had an abusive childhood, and that is what has driven her to sex work. There’s a cultural (mis)understanding that women don’t like sex and they certainly don’t like it enough to turn it into a career, at least not one that they enjoy and in which they take pride.

It’s pretty hard for people to generate a clear picture of an empowered sex worker who does this work because she loves it, who isn’t being coerced, who is authentically connected to her power, enjoying the work she does. There are a lot of reasons for this. It’s a tough conflict for many people to imagine a woman really enjoying sex in the first place and so, selling sex of her volition blows peoples’ minds; they resolve it however they can (ie: she was abused, and she’s just repeating unhealthy cycles! she’s being forced into it!), because it’s just that unfathomable.

We’re still operating under the assumptions that a) women don’t *really* like sex b) if you’re a woman, and you do like sex, the more sex you have and enjoy, the more it is indicated that your character must be terrible and c) if you sell sexual services you must either be sick, and people should feel sorry for you and rescue you, or you must be dangerous, and people should avoid you. These assumptions have incredibly dangerous indications not only for sex workers but all of us. (More to come on this!)

“But sex work is dangerous!!” Yes, it can be dangerous. It is not inherently dangerous, however, just because it is sex work. Sex work can be dangerous because of what I just described. Sex work can be potentially dangerous because of the shame we infuse into sex, into women who are sexual, into ourselves for wanting sex and the kinds of sex we want (or don’t want). Sex workers are harmed and killed, not because of the job they’re in, but because of the stigma we’ve attached to it and because we offer these providers no protection against and no recourse for sustained abuse. Shame and stigma are a breeding ground for violence.

We’ve just navigated our way backwards through what some people consider to be controversial content. You did great!

Love and Be Loved, 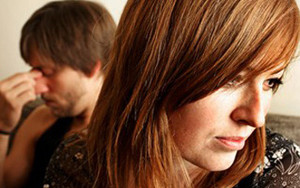 The most common item at the top of these lists is infidelity. I’ve had a lot of clients who are pretty sure that there’s no way their relationship can or will survive infidelity. The one who was cheated on fears that it will happen again, that they can never regain what they feel they’ve lost, and that they’ll be a fool if they stay. The one who cheated feels like they must forever repent and feels as if they are no longer entitled to their feelings about what has happened in the relationship, and each member feels incredibly disconnected from the other. It takes hard work by willing and committed participants, but, by no means, does infidelity have to mean ending your relationship.

Cheating is often a symptom of a relationship that hasn’t been getting what it needs for a fair amount of time. Some people will read this and misunderstand that to mean, “Hey, they weren’t getting what they needed from you, so they went looking for it somewhere else.” This is not what I am saying. I’m talking about everyone in the relationship, all sides.

Every member of a relationship has needs. We bring our different communication styles, ways of showing and receiving love, histories, and insecurities in with us. At the intersection of where we make space and balance for each of these for every member is where the relationship is. And it’s usually at this intersection where people run into trouble. It can be easy to fall into a routine and stop taking time for one another. Sometimes we don’t appreciate each other as much. Maybe someone in the relationship feels burdened by their role(s) and doesn’t know how to express it. At some point, you were genuinely expressing yourselves, but for whatever reason, that doesn’t feel like an option anymore. Time passes, and these issues get worse. You still love one another, but you don’t know how to address any of this, and it feels pretty hopeless. You’re carrying a lot of resentment, you’re tired, frustrated, and you’re afraid that this is what your relationship is going to look like from now on.

People use cheating as a band-aid for their pain for many reasons. Sometimes it serves to abate loneliness. Sometimes it helps them to recapture a part of themselves they feel they’re losing, or they fear won’t be accepted by their current partner(s). Many people look to infidelity because they fear that, to address dissatisfaction in their relationship, could be to end the relationship. They see it as a way to stabilize themselves in a significant relationship that they don’t want to lose.

Common terms used to identify who’s who in episodes of infidelity are “offending party” and “injured party,” but when something like this happens in a relationship, I consider every member to be an injured party. It’s clear that everyone has been suffering long before the affair.

It’s important to explore what happened before, what lead to this so that you can stop living in pain, rebuild trust, regain connection, and make your relationship as healthy and satisfying as you want it to be.

If you have questions about this or would like to set up an appointment, please call me at
(415) 794-5243 or go to my Contact Me page. I look forward to working with you.