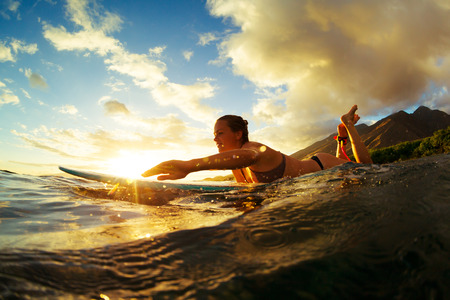 Sometimes we feel stuck. And it’s not always about feeling stuck in a job, a town, a daily routine, or a relationship. Sometimes we feel stuck in the way of being, stuck drinking too much, stuck in an unhealthy eating pattern, stuck in technology and devices, being passive aggressive when we would rather self-advocate, doing everything for everyone else and not having enough left for ourselves, stuck in anger, in fear, in anxiety, stuck in insecurity. We know living like this makes us unhappy, and we want to change, but it feels insurmountable, and we’re not sure where to start. When we do make moves to change, we find it hard to maintain the behavior. And when we finally learn to maintain it, as soon as we feel start connect with the belief that we can accomplish our goal we find ourselves self-sabotaging or it seems that life suddenly takes a turn and prevents us from forging on toward our goal.

In my “You Are Enough” post I talk about the messages we receive in early attachment and how they help inform the beliefs we hold about ourselves and the way we live our lives. We integrate the messages into the stories we tell about who we are, and they become agreements we hold with ourselves. We are mostly unconscious of these agreements because they were made over time, from a young age, and often under some duress.

Feeling trapped in this constant state of stuck is often about the beliefs we have turned into agreements. Merriam-Webster defines belief as “an acceptance that a statement is true or that something exists.” The same source defines agreement as “harmony or accordance in opinion or feeling; a position or result of agreeing, the absence of incompatibility between two things; consistency.” Our behavior is predicated on the beliefs we hold about ourselves; it is the manifestation of the agreements we have made about who we are and what we do. Our behavior is compatible with our core self-beliefs.

Let’s say someone has a core belief in herself that she is powerless. We’ll call her Julie. Julie attended a self-improvement workshop three weeks ago and had set goals to be in a loving relationship, connect to her sense of purpose, and develop and maintain a self-care program. She has been keeping up with her routine fairly regularly, but lately, her boss has been asking her to stay late at work which has been getting in the way of the goals she set at the workshop. When she comes home, she’s tired and frustrated and just wants to relax in front of the TV eating her dinner. Julie will either have to learn to set boundaries with her boss at work or pick her routine back up when she gets home from work instead of watching TV. Because at her core she believes that she is powerless, these options are not only terrifying but in direct conflict with her belief. If Julie believes she is powerless any amount of struggle might disrupt her effort. She has learned that any amount of effort is moot because nothing she can do will ever be enough to get her where she wants to be. What’s the point? The pull that Julie is feeling is to give up because once again she tried and once again it didn’t work. Yikes, Julie. I feel you.

Once we start to notice our patterns we can start making some sense out of why we do what we do and what we need to make sustainable changes. We don’t have to feel like life just happens to us. We can stop creating our suffering.

And if you haven’t already read a book called The Four Agreements by Don Miguel Ruiz, I recommend doing it. The book describes in detail the impact of self-beliefs, the agreements we make with ourselves, and how to take steps toward changing our beliefs and agreements to reflect who we want to be and how we want to live.